To call ours an economy of mixed signals may be an understatement. Look at the economic news headlines of just the past few days:

High prices have forced many Americans to focus spending on what’s necessary, reducing demand for goods and services. Experts in the Federal Reserve predict that demand will keep falling, meaning the
economy would slow.

Meantime, Bank of America analysts have updated their own economic forecasts to a somewhat rosier Fall, followed by a somewhat milder recession next year. BoA now believes 2022 will close out with 1.6%
GDP growth, followed by a negative .2% slide for a milder than predicted recession in 2023.

All this is happening while Americans filing new claims for unemployment benefits fell again in early September. The numbers are the lowest they’ve been in three months. THAT means the labor market
is providing the positive push even as prices remain high for goods and services and interest rates rise.

All of that has led Americans to think a bit more optimistically, sort of.

According to a September 12th report from the Federal Reserve Bank of New York, consumers expect inflation to fall sharply in both the short and long run. Instead of bracing for larger inflation rates over the course of one and three years, people are thinking it will fall back into line with traditional growth. Analysts believe the slight, but steady drop in gas prices is fueling slightly better feelings about tomorrow.

Got whiplash yet? Yeah. Me too. That’s okay. As a former CEO of Service Credit Union, it’s not unusual for exerts reading tea leaves to have mixed views about where the economy goes from here. There is and will always be uncertainty around prices, fuel, international relations and the relative value of money and stocks.

The national unemployment rate, along with the fact that we are not seeing a massive backslide of business shutdowns following the pandemic means the core components of our economy remain strong. There is a strong streak of self-reliance built into the economy, in both New Hampshire and in the US, which insulates all of us from the wildest of economic mood swings.

There are also things well beyond our control, which is my main message to you. Don’t sweat those things that are completely out of your control. Budget tightening? Ease your spending. An emergency need for investment rises up? Make the change and scale back elsewhere. Don’t overreact and don’t overextend your finances.

There are expert advisors available at any and all levels to help you make decisions where you feel you might not have enough information or expertise. We face challenges, but there remains plenty of optimistic news in our economy.

See more articles from Gordon below:
Shop For Credit Before You Buy 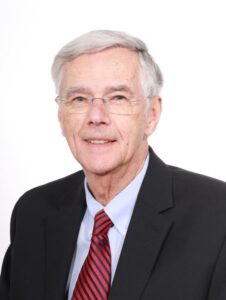 Gordon Simmons has over four decades of experience in the financial industry. He served for 21-years as CEO of Service Credit Union. He specializes in international economic issues and finance. Gordon is now semi-retired, which means he’s now busier than he intended to be. 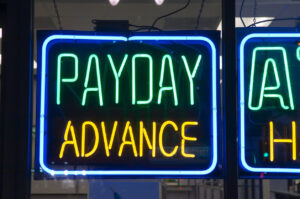 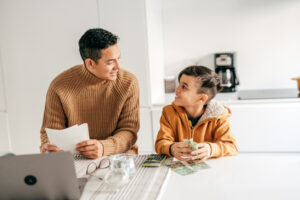